“There has been no time for natural selection to evolve a response to varroa – which is why it kills our colonies.” 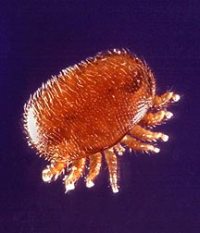 For instance, researchers and bee breeders have been Breeding Bees for Resistance over the last 15+ years to produce a honeybee which is Varroa Resistant.  Other strains are naturally resistant, such as the Russian Stock. This particular strain has been used to create a line of bees which shows good Varroa Resistance.  Olympic Wilderness Apiary is a good example of an apiary which has developed mite and disease resistant bees.

“Here in the UK almost all wild/ feral colonies have died in the last 5 years – and presumably wild colonies were making ‘natural comb’.”

This is an interesting statement. Is it documented? I would like to know if it is hearsay or fact that almost all the feral colonies have died in the UK. Just across the Channel in France, researchers have documented cases of Honey bee colonies that have survived Varroa destructor. Some of these colonies have apparently lived for more than six years while actively combating Varroa.

There has been an increase in feral swarms

I work mainly with feral swarms…and in my area there has been an upturn in the number of feral swarms over the last 15+ years. My source for this information is from beekeepers in the area, researchers, and a major bee pest control companies here in Colorado. One company I consulted has been operating since the 1970’s and the owners kept honeybees even before that.

My point is that we do not really know for certain how many colonies around the world are resistant and how many are not, mainly because we cannot physically access all of the feral colonies around the world. I tend to look at it this way: if you find a feral swarm and you know it came from a wild colony…then there is a good chance this feral swarm has some level of mite resistance. After all, it has survived in the wild for some time without human treatment.

“…nobody has yet explained why forcing bees to breed in smaller cells will stop parasitation by varroa.”

I am an advocate of natural cell beekeeping.

I don’t think it will either. I am not an advocate of small-cell beekeeping. I am an advocate of natural cell beekeeping. Why not let the bees build their own comb to their own specifications? Typically, natural comb is not an average size. It varies from “large cell” to “small cell.” I know that Varroa can attack in natural cell size as well as in regular foundation cell size. I would rather have my bees combat Varroa in the cell size of their of making, rather than one I have forced on them be it natural or small-cell.

Those are my thoughts on varroa mites.  I am currently looking into Essential Oils for Mite Control to reduce mite loads and combat disease in the hive.  I will post my findings here on this blog.

Thanks for reading! I value all input and comments. Discussion makes the world a more interesting place.

13 responses to “Thoughts on Varroa Mites”